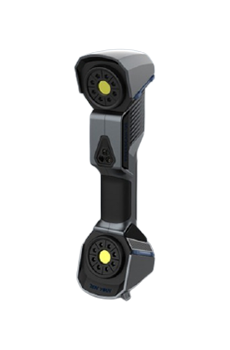 Handheld scanner is a stand-alone device that does not require a tripod or a stand to operate. In handheld mode, the object to be scanned is fixed while the user moves with the scanner. This gives the user the flexibility to scan the part with high precision. The user has the liberty to concentrate on the complex features of the object.

3D laser scanning merges two forms of information to make a point cloud data of a model’s surface, firstly light from the laser shone on the model and secondly the data captured from the camera. With the help of the known distance between the camera and the laser source, the scanning software combines the data and creates a point cloud image. Generating a 3D geometry with the help of a laser scanner requires the detection of where the laser falls with the help of an image captured by the camera during scanning. It is always better to scan the object in a medium to low light area so that the laser is the dominant source of light that is captured by the camera. A fixed scanner works in a different way than a handheld scanner by switching the laser on/off, creating a noticeable difference between laser and other sources of light captured during the scanning process. During a 3D scan thousands of points are captured with the camera. The laser scanner can only capture what is in its field of view just like a cellphone camera. These 3D laser scanners can capture surface details, texture and colour of the model and create a direct image of the scanned object in the scanning software. After zooming-in the scanned data, one can find that the image created is actually a cluster of millions of points. With the help of a meshing process these points are converted into surfaces. The software runs an algorithm in its background during the meshing process which iterates how the points in the point cloud data are related to each other and forms a surface data by joining them together. 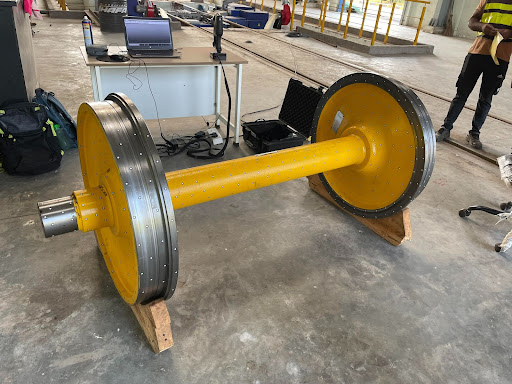 Are you an abroad client looking for a 3d scanning service in India? see how we help a French manufacturer

What is a portable 3D scanner?

A portable 3D scanner is a device that can be carried to various locations for 3D scanning of the object. A portable scanner usually weighs between 0.6 kg to 2 kg. It is a feasible scanner to scan the objects which are arduous to move.

What is the handheld 3D scanner price?

What is a handheld 3D scanner?

Handheld scanner is a stand-alone device that does not require a tripod or a stand to operate. It is light in weight and is easily carried. This makes it feasible to hold in hand and scan the part with smooth scan data generated

Is your handheld scanner is a laser scanner?